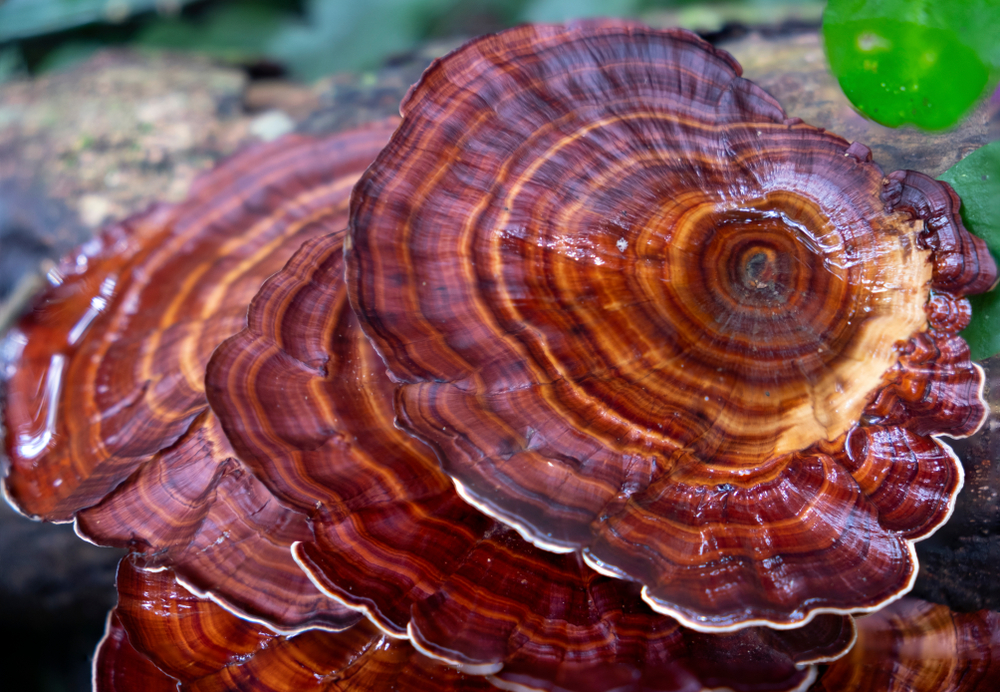 Like many medicinal mushrooms, Turkey Tail (Trametes versicolor) is often hailed for the list of health benefits it seems to present. Although these benefits are often spoken about, the potential adverse effects of Turkey Tail mushrooms are not. Are there any, and what should you be wary of?

Probably the reason for most of the concern circulating around Turkey Tail mushrooms is the fact that they are not approved by the FDA. Although they aren't illegal, there are no regulations governing the growth or manufacture of Turkey Tail mushrooms and their extracts, and so it is up to the companies producing them to verify the claims they make, and up to consumers to purchase from reputable companies.

The Turkey Tail fungus itself is not poisonous; they are perfectly edible. This should take some concern off the lack of FDA approval as they don't need to be specially prepared in order to be safe in the way that some other mushroom supplements might be.

How Likely Are Negative Side Effects of Turkey Tail?

Although no toxicology research has looked specifically at the potential for adverse effects of Turkey Tail mushrooms, they appear quite safe. You shouldn't be more than mildly concerned about how much Turkey Tail to take, for even at high doses the side effects of Turkey Tail mushroom supplements are reportedly low. One study noted that even at outrageously high doses (100-fold above the normal clinical dose), the mushrooms caused no adverse reactions in mice. What this suggests is that it's unlikely you'd take too much Turkey Tail unless that was your intended goal.

Although humans are not mice, there is no documented evidence that Turkey Tail mushrooms can lead to liver toxicity.

The individuals who should be concerned are those with pre-existing health concerns and mushroom allergies. Turkey Tail is a fungus, which means that if you have a mushroom or mould allergy, you will likely be affected.

Something to note is that Turkey Tail mushrooms are not psychedelics like psilocybin mushrooms. Additionally, Turkey Tail mushroom supplements present the same low-risk of side effects and potential immune-boosting benefits in dogs as in humans. Though you should stay away from the raw fungus as that could irritate your dog's liver.

After stating all of the above, it's important to note that nothing is set in stone. You might still experience some negative side effects from Turkey Tail, particularly if you have a mushroom allergy. Although the risk is low, those who do report experiencing adverse effects after taking Turkey Tail mushrooms note any of these 6 symptoms:

If you do experience any side effects after taking Turkey Tail mushroom supplements, Turkey Tail tea, or any other form, stop immediately and consult a doctor. However, even in the worst-case scenarios, there has never been a documented case of someone suffering irreversible side effects or death from Turkey Tail Mushrooms.

Out of all the topics in this article, this one is the least scientifically researched. Currently, there are no reported interactions between Turkey Tail mushrooms and prescription medication. Make no mistake, though, this doesn't mean that there aren't any, just that they haven't been observed if they do exist.

The most that can be found are a few studies. One, in particular, found that the use of medicinal mushrooms (including Turkey Tail) with cytotoxic drugs (cancer medication) actually enhanced the efficacy of cancer medication, while another study found that medicinal mushrooms reduced the adverse reactions from chemotherapy and improved the quality of life for those patients. The use of Turkey Tail to treat cancer in conjunction with prescription medication is growing rapidly.

As for the potential interactions between Turkey Tail and Reishi, Lion's Mane, or any other medicinal mushroom, there simply isn't enough research. Some people suggest that using medicinal mushrooms together could compound the more specific benefits of each, while others believe that it could lower the efficacy of both. These results might change from person to person, as everyone is different.

How Safe Are Turkey Tail Mushrooms?

Even though there are some reported side effects from Turkey Tail mushrooms, they are rare and almost never seen in healthy individuals without mushroom allergies. As stated above, even high doses well above clinical recommendations don't cause severe adverse reactions. They simply don't appear toxic enough to cause much harm.

Though it needs to be said that if you are unsure about your own predispositions and potential allergies, you should consult a doctor before implementing new supplements, like medicinal mushrooms, into your life.

Get informed about CBD news, research, products and more