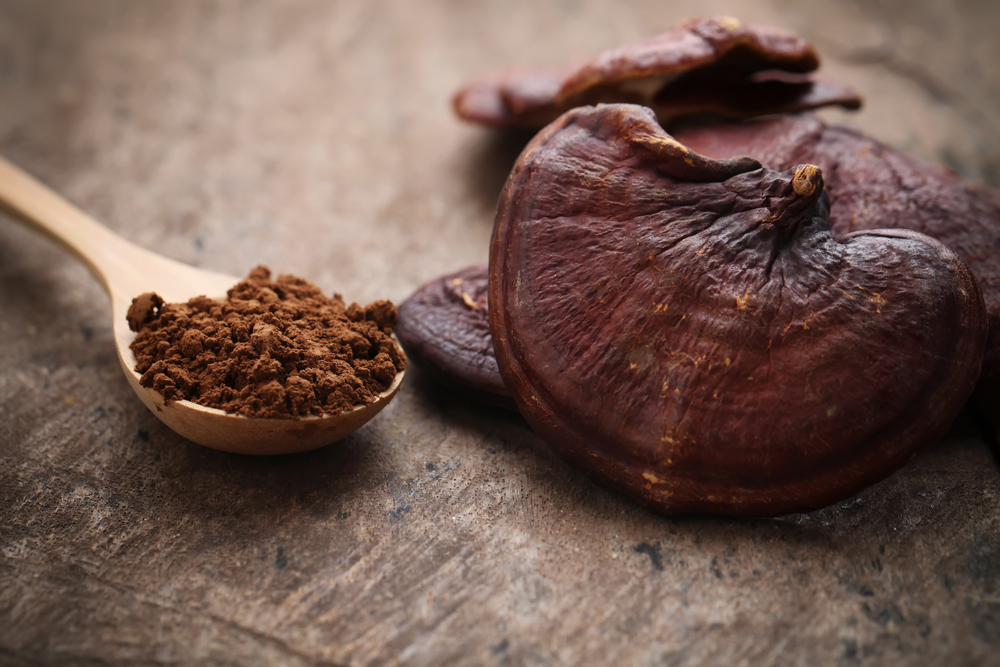 Ganoderma lucidum is a type of fungus more commonly referred to as "Reishi" mushrooms in Japan or "Lingzhi" in China. It is a form of traditional Eastern medicine that has been used in the treatment of various ailments for thousands of years.

This article will break down this powerful medicinal mushroom's potential benefits and side effects.

Reishi is often touted as the "Mushroom of Immortality" by western medicine. They promise an extensive list of benefits in several different factors of life.

But is there any proof to these claims?

It turns out that there is, and we've compiled an extensive list with the supporting material included.

Although not much research has been done on humans in this regard, Reishi mushroom extracts have been observed to kill cancer cells during in vitro trials. Although this study doesn't conclusively prove the effectiveness of using Reishi mushrooms to treat cancer, the results are promising.

Instead of suggesting a primary use of Reishi mushrooms as a first-line defence against cancer, some researchers have instead noted that most of the benefits of using Reishi mushrooms for cancer could be found in administering them alongside other cancer treatments. The reason for this is that the fungus shows noticeably low toxicity reactions compared to other cancer treatments, can enhance tumour responses through stimulation of host immunity, and appears to make chemotherapy more tolerable and effective.

Probably the most often discussed benefit is the effectiveness of fungal immunomodulatory proteins and polysaccharides that increase the activity of several types of white blood cells, primarily natural killer and T lymphocyte cells. These cells are responsible for fighting infections and cancers in the body.

Additionally, Reishi mushrooms may actually be immunomodulatory instead of immune-boosting, which suggests that they could assist the body in identifying where the immune system needs to be more or less efficient. As with autoimmune disorders, existing treatments involve suppressing immune cells to allow the body to recover instead of boosting them, which could actually worsen the condition. However, more research is needed before conclusive results can be drawn.

Also, the modulating properties of Ganoderma lucidum could be beneficial for thyroid health—but again, more research is needed.

3. Relief From Symptoms of Depression, Anxiety, and Fatigue

A more psychological benefit of Reishi mushrooms is their apparent ability to improve an individual's perceived quality of life. Understandably, suffering from any condition as terrifying as cancer will likely manifest anxiety symptoms, while the prominent fatigue resulting from chemotherapy can likely cause feelings of depression. Currently, there are startlingly few evidence-based treatments for these conditions that stem from cancer.

However, a study looking at the effects of spore powder from Reishi mushroom extracts on the well-being of breast cancer patients set out to observe whether the fungus could be used to battle fatigue and give you energy. The study found that Reishi mushrooms cause significant improvements in fatigue over a 4-week period compared to the control group. The treatment also similarly improved overall quality of life by reducing symptoms of anxiety and depression.

Although the study focused specifically on cancer patients, the results suggest a possible promising treatment for mood-related disorders like anxiety and depression.

Additionally, this could lead to an increased potential in using Reishi mushrooms for weight loss since some common causes of weight gain are fatigue and depression.

Before mentioning the direct benefits of Reishi mushrooms for sleep quality, it might be interesting to note that the reduced fatigue and boosted energy levels listed in the previous benefit might have positive effects on the body's natural circadian rhythm. Basically, improving the frequency and quality of your daytime activity causes your brain to secrete more adenosine (the sleep hormone) throughout the day, resulting in a reduction in symptoms of insomnia similar to the effects of exercise. No, this doesn't mean that Reishi mushrooms make you sleepy as a side effect.

Aside from that, research has found that administering Reishi mushroom extract to rats caused notable improvements to sleep quality after only three days. The study found that the rats experienced a longer cycle of non-rapid-eye-movement (NREM) sleep without affecting the duration or quality of rapid-eye-movement (REM) sleep. NREM sleep is when the body's "rest and repair" functioning, or cell rejuvenation, takes place.

There are several reasons why Reishi mushrooms may be able to improve the quality of your skin.

Firstly, the polysaccharide content discussed in the 2nd benefit may effectively promote natural hydration of the skin, both preventing dryness and stimulating the production of new cells.

Thirdly, although the research on this is scarce, there is some evidence to suggest that Reishi mushrooms may possess antioxidative properties. Accumulation of oxidative stress can lead to several negative results, such as the damaging of cells, proteins, and DNA, which can cause a rapid increase in the ageing process. Reducing oxidative stress can slow the effects of aging, and improve poor skin.

Although these benefits are purely situational, reishi mushrooms have been associated with decreased chest pain and shortness of breath in people who suffer from heart disease. Additionally, some research has noted that, in some instances, Reishi mushroom does lower blood pressure. However, there isn't enough research for this to be conclusive.

Improved heart health also results in better oxygen transportation by the body, which could offer numerous benefits to the lungs, including relief from respiratory illnesses like chronic obstructive pulmonary disease (COPD), asthma, and more.

Until recently, the causes of hair loss in male pattern baldness were mostly unknown. However, it has since been attributed to the presence of a hormone reduction called dihydrotestosterone (DHT) that is synthesized from regular testosterone by an enzyme called 5-alpha-reductase.

DHT serves uses in puberty but loses usefulness in adulthood. However, in some males, the conversion of testosterone to DHT does not diminish after puberty. In mature adults, DHT binds to hair follicles in your scalp and destroys them over time through a process called "miniaturization," in addition to increasing the risk of certain prostate cancers. A medication called finasteride can be used to block the processes of 5-alpha-reductase, therefore inhibiting the production of DHT and stopping hair loss.

The significance of this is that emerging research has found the same DHT-blocking properties in Reishi mushrooms, suggesting that they could effectively combat hair loss. Additionally, Reishi mushrooms contain beneficial nutrients required to maintain healthy hair.

For more info on this topic, read Benefits of Reishi Mushrooms for Hair Health and Hair Loss.

﻿Studies have shown that Reishi mushrooms possess certain polysaccharides that are beneficial in promoting cognitive functioning. This could relieve symptoms of neurodegenerative disorders like Alzheimer's. Further research has also noted the neuroprotective properties of Reishi mushrooms could promote anticonvulsant properties and effectively reduce symptoms of epilepsy, including seizures.

Side Effects of Reishi Mushrooms

Although the side effects of Ganoderma lucidum extracts are mild and uncommon, they should still be considered when deciding whether or not to integrate the fungus into your life. Additionally, the safety of Reishi mushrooms for extended periods has only really been looked at up to a year of use, and so taking it for longer periods than this might put you at risk of liver or kidney diseases, but more research is needed.

Other noted side effects include:

Individuals who are more at risk for these side effects and are not advised to take reishi mushrooms are those with bleeding disorders and low blood pressure, pregnant or breastfeeding mothers, and those expecting surgery soon.

How to Consume Reishi Mushrooms

One of the other benefits of Reishi mushrooms is that there are numerous ways that they can be consumed, including:

Although this fungus has been used as a traditional medicine for thousands of years, scientific research into its effectiveness is relatively new. As such, many of the benefits reported are simply not definitive enough to be used as evidence to suggest using Ganoderma lucidum to replace other medicines.

Although many scientists might not have reservations about trying them out, they should be used alongside other medicines instead of replacing them. In addition, you should always check with your doctor before using experimental medicines.

Get informed about CBD news, research, products and more